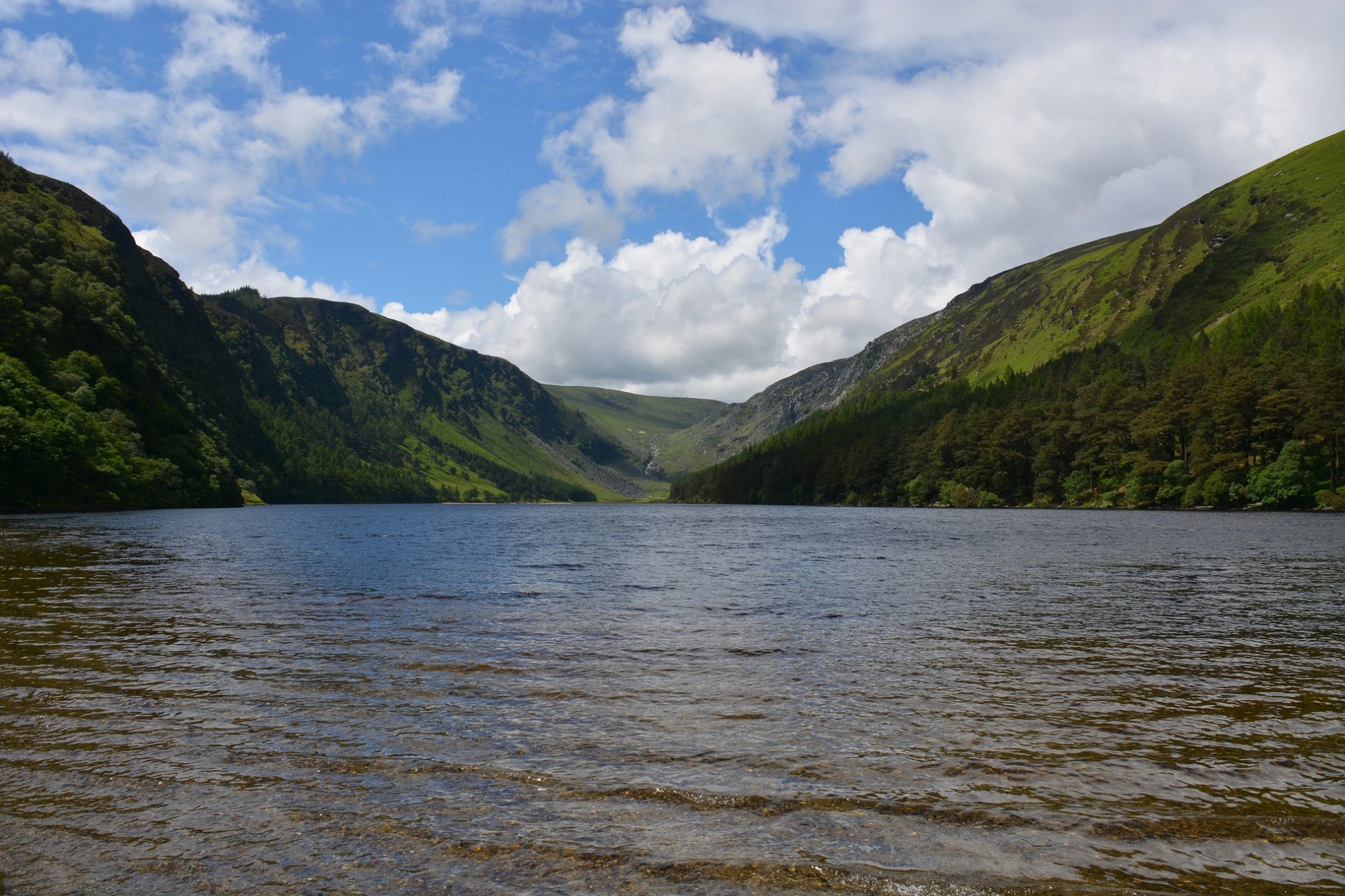 Visit the Valley of Two Lakes - Glendalough - We travel on this half-day tour from Dublin Connolly Station and Dun Laoghaire station (adjacent to cruise pier).

Enjoy a spectacular rail journey along Dublin’s East Coast to Arklow, Wicklow - part of Ireland’s Ancient East. This coastal train route hugs the cliff edge as we make our way to Arklow, offering splendid views throughout the journey.

This tour visits the village of Avoca, known as Ballykissangel, and Avoca Handweavers, the oldest working woolen mill. Treat yourself to some of the vibrant coloured handcrafts as you wander.

The tour finishes with a trip to the twelfth-century monastic settlement of Glendalough, nestled in the valley of the two lakes, before returning to Dun Laoghaire, by coach, arriving at 16.45 (4:45pm) and Dublin, arriving 17:30 (5:30pm).

Look out for the Railtours Ireland tour host in their bright yellow jacket! 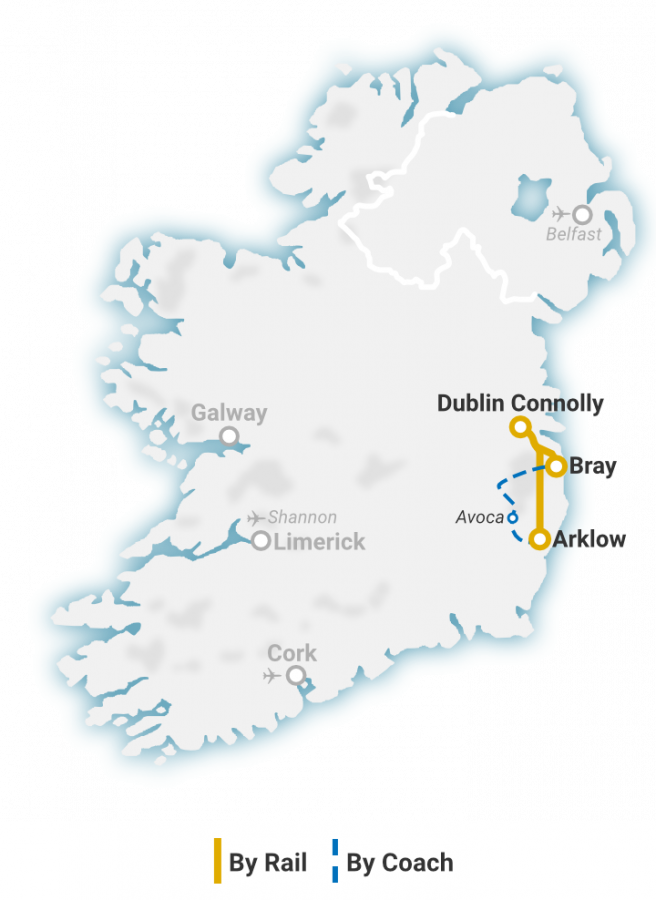 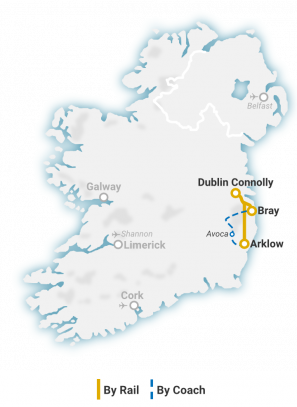 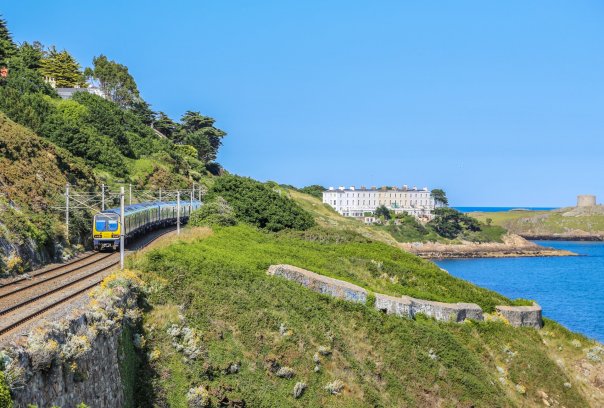 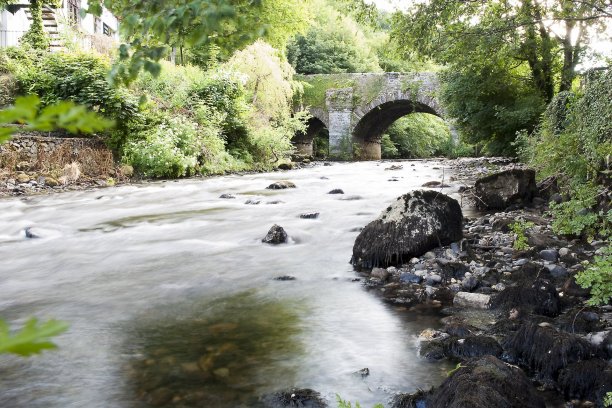 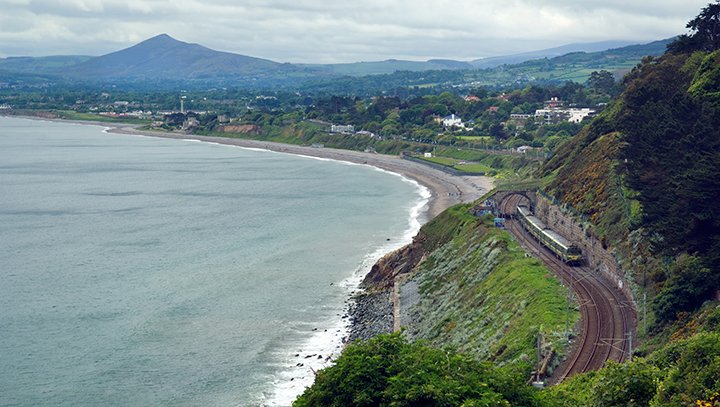 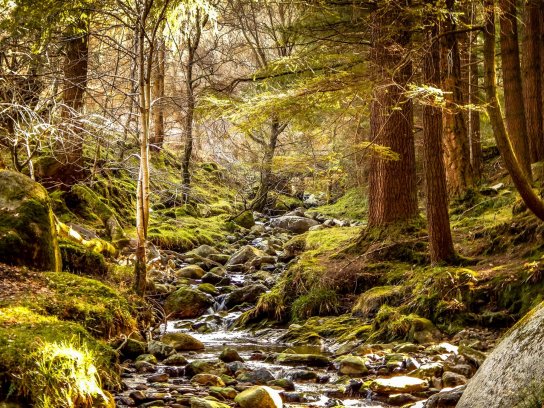 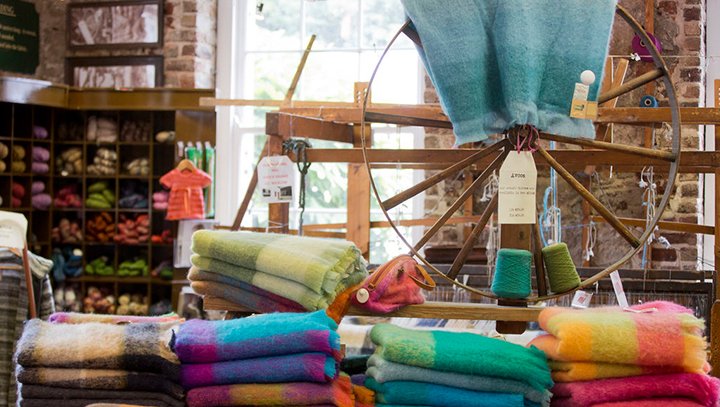 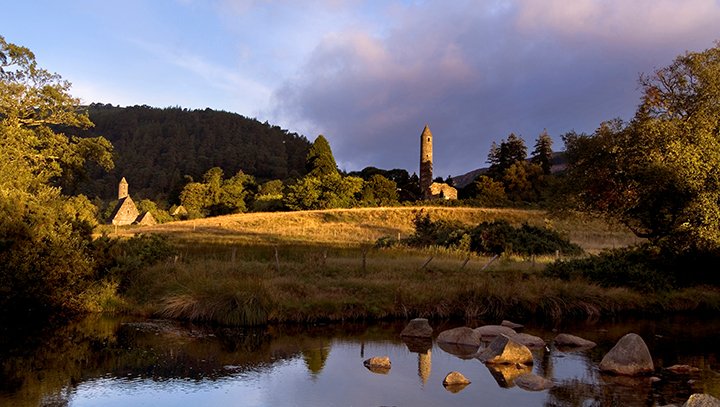 "this tour rates with the best I have taken"

An excellent day of magnificent scenery, Paddy and John were brilliant hosts. They provided a delightful day for all, with commentary throughout the entire tour. Every step of the way you are kept informed in a very personal way. Paddy is clearly passionate about his role and at one point explained "I never get tired of the scenery".
I can see why, the entire tour has beautiful tranquil settings.
Paddy brings an energy/enthusiasm that engages with all his quests in a friendly manner, his style/content of commentary is absolutely first class. Would happily take the same tour again. For me this tour rates with the best I have taken in London, France and Italy. Well worth a trip, particularly if you like natural beauty.

"Very full itinery with many areas of interest"

Very full itinery with many areas of interest. We wouldn't have seen most of this if we had gone it alone. Loved the train journey. The tour guide Liam was very knowledgable and kept us up to date with lots of information about all the places we visited. Well worth a visit.

"Liam and Patrick were wonderful. Liam was full of fun facts and went at a great pace for the group"

Liam and Patrick were wonderful. Liam was full of fun facts and went at a great pace for the group. We got to see so much and it was so pretty. Thanks again! Very easy too.

Check-in in Dun Laoghaire station adjacent to the cruise terminal where our representative will be waiting for you in their bright yellow jacket!

Look out for the Railtours Ireland tour host in their bright yellow jacket at the station entrance - opposite the cruise terminal.

Enjoy an elevated view of Dublin City and its architecture as the train travels south from Dublin Connolly station towards Arklow, Co. Wicklow.

Regarded as one of the one most stunning train routes in Ireland, the train journey hugs the coastline as it travels towards Bray and Greystones along the coast and cliff edge. From Arklow, the tour continues by coach onto Avoca Handweavers for a personal tour of the oldest working woolen mill, first established in 1723.

Our lunch stop is at a local pub, Fitzgeralds of Avoca, which serves up hearty Irish pub fare. Avoca is sometimes known as Ballykissangel, where the successful BBC television series of the same name was filmed. Our next stop is Glendalough, a twelfth-century monastic settlement. We take you to the Upper Lake of Glendalough - this was the original site of the monastic settlement, and features Reefert Church, Temple-na-Skellig, St. Kevin's Cell, St. Kevin's Bed, the Caher, and various crosses. We then walk back along the boardwalk to the Monastic City where you can see ruins of churches, a graveyard and the famous Round Tower.

The tour then continues through the stunning landscape of Wicklow before your return journey to Dublin.