Slow travel is all the craze these days! Go Car Free, Carefree and travel in comfort and at a leisurely pace. While here in Ireland, visit the Cliffs of Moher and the Burren.

Spend three nights in a 3*/4* standard hotel in Dublin City Centre, then enjoy a day trip to Ireland's rugged and unique mid-western coast to the stunning Cliffs of Moher, the Burren and Galway Bay, and return to London – All in four days! 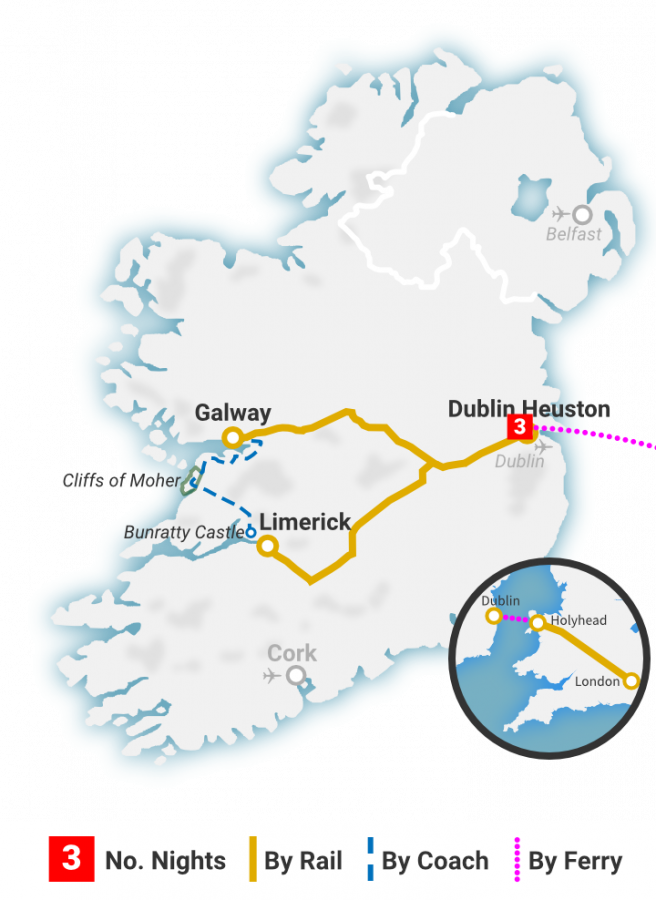 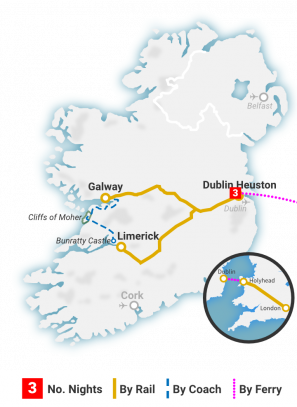 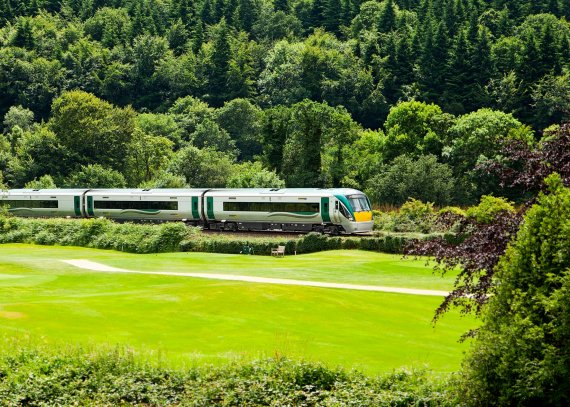 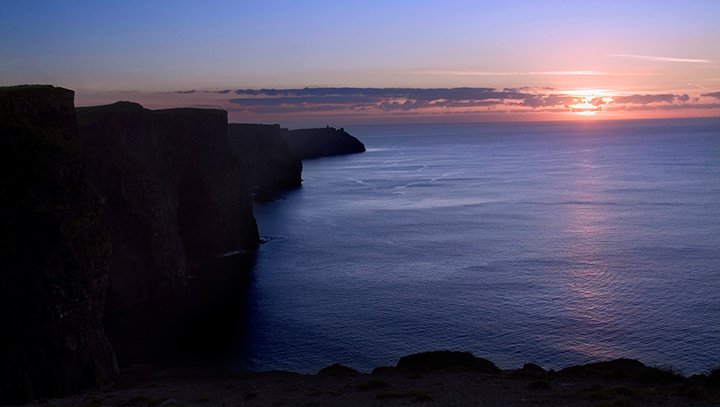 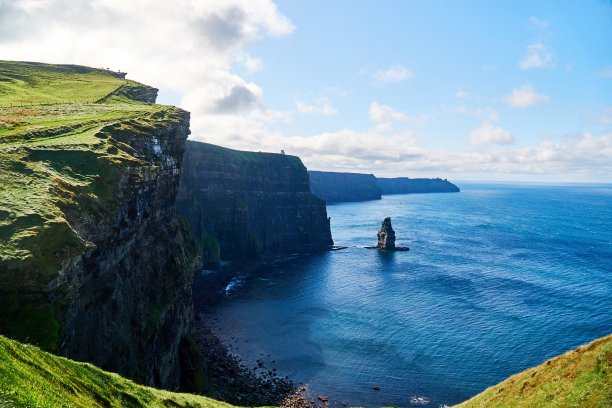 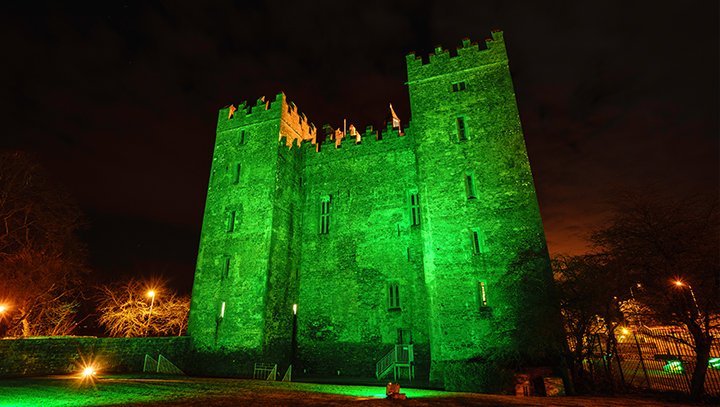 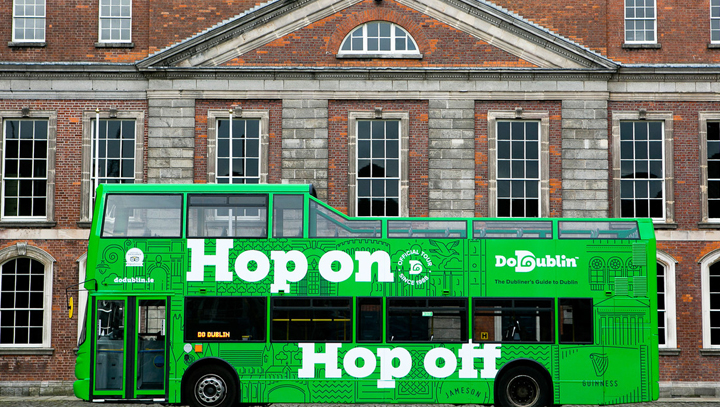 Bunratty Castle and the Cliffs of Moher

Check-in beside the Customer Service Desk at Heuston Station where our represenative will be waiting for you in their bright yellow jacket!