Welcome to the Wild Atlantic Way! 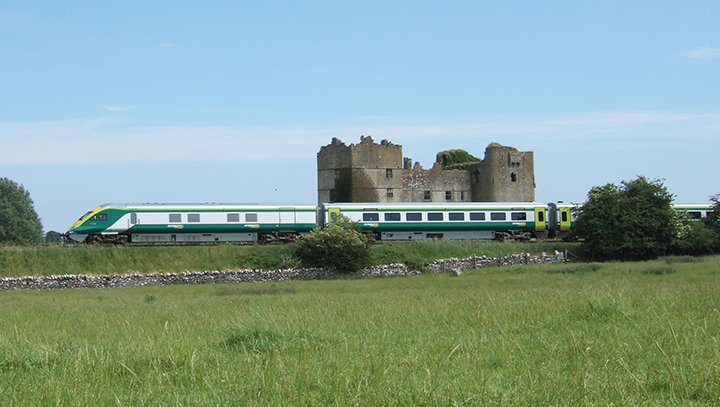 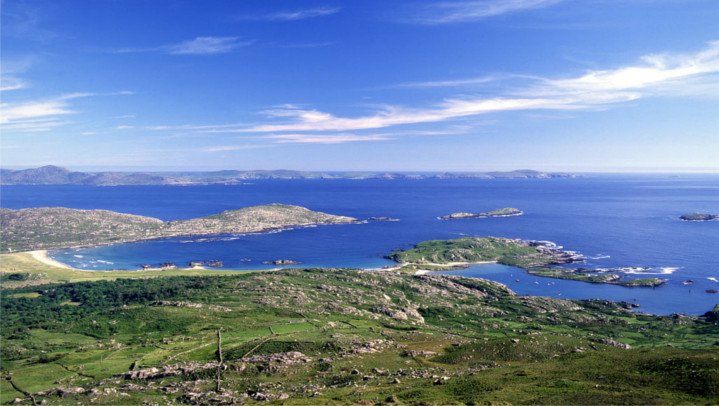 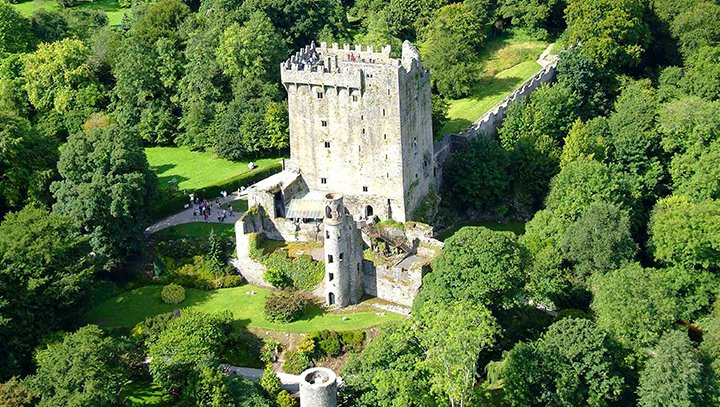 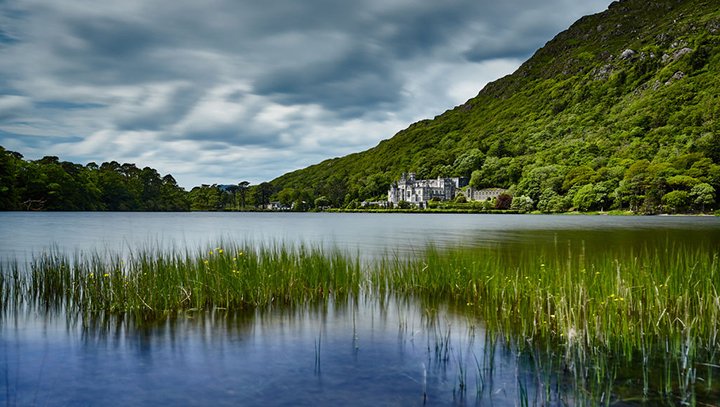 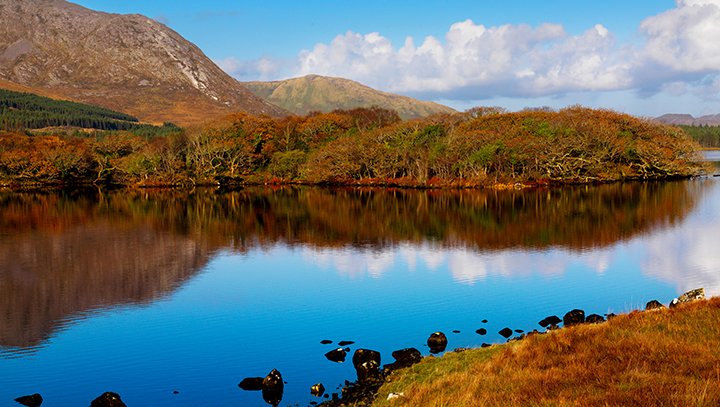 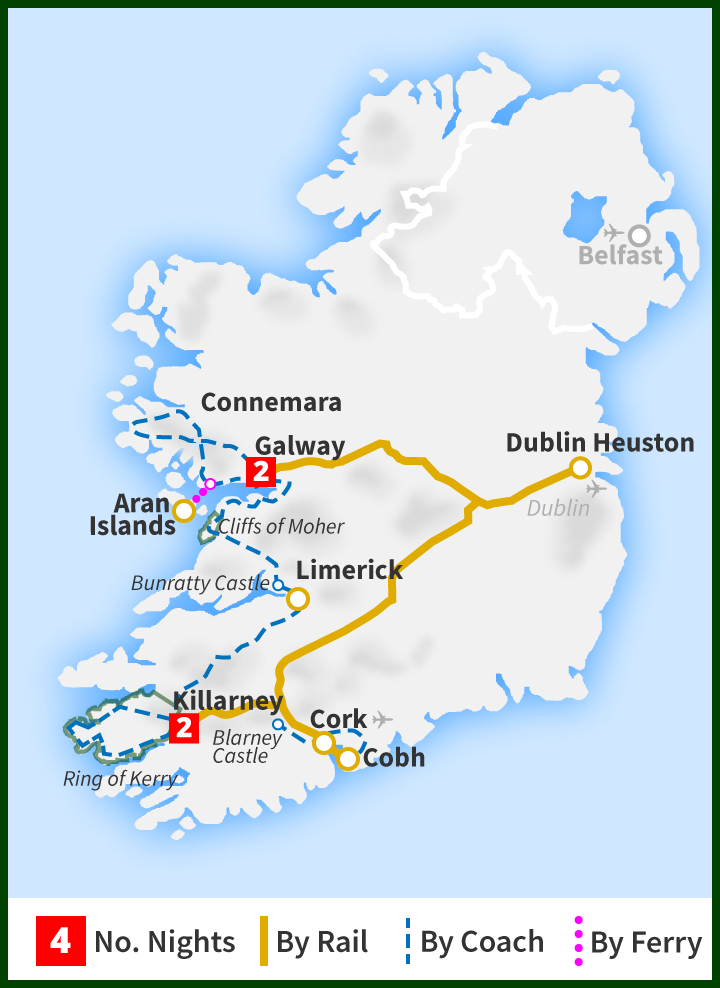 By train to the South, Southwest & West of Ireland

This tour covers a large part of the Wild Atlantic Way. We head South to visit Cork, Blarney Castle & the Ring of Kerry, West to the Cliffs of Moher, Connemara, the Aran Islands in Galway Bay.

Arrive into Cork Kent Station for 09:35, we transfer to our Railtours Ireland tour coach through Cork City to Blarney Village and historic Blarney Castle and Gardens, built in 1446 by Dermot Mc Carthy. You will have time to kiss the famous stone, which is said to bestow the gift of eternal eloquence on those lucky enough to do so. There is also time for shopping and lunch at Blarney and we recommend that you have lunch there, as this will be the only opportunity during the day to have a substantial meal.

On arrival at Cóbh we will visit St Colman’s Cathedral. We will then proceed down along the sea front passing the former White Star Line offices en route to the beautifully restored Victorian railway station/transatlantic terminal. This is now the Cóbh Heritage Centre, home to the Queenstown Story. The centre also houses much information about the Great Famine and subsequent Irish Emigration; 3 million Irish people emigrated from Cóbh, (principally to the United States) including Annie Moore, whose statue is located in front of the heritage centre.

09:45 You will be collected from your accommodation (or as directed by our Killarney representative) for your Ring of Kerry tour.

There are plenty of stops along the Ring of Kerry for morning tea, lunch and photo stops etc. Ireland’s highest mountains are located in Kerry and Carrauntouhil, which can be seen en route. It is the highest, standing at 1041 metres. We will make a stop at the Kerry Bog Village Museum, which gives people an insight into how people lived and worked in rural Ireland in the 18th century. The village is the only one of its kind in Europe. Later on the approach to Waterville there are views (weather permitting) of the Skellig Rocks (islands), where Star Wars 'The Force Awakens' was recently filmed. We will make several photo stops, a stop for lunch and one final stop at the pretty village of Sneem, for about 30 minutes or as directed by your tour leader.

Bunratty Castle & The Cliffs of Moher

After the visit to Bunratty Castle and Folk Park we make our way to Co. Clare. There is a lunch stop at O’ Connor’s Pub in Doolin before arriving at the Cliffs of Moher, among the highest sea cliffs in Europe. There is plenty of time to visit Ireland’s second most popular tourist attraction and your host will advise you of the departure time. From here we take the coast road for much of the way to Galway, with time for photos along The Burren. This is a national park and the word Burren comes from the Irish Language, it means ‘rocky place’. It is a unique lunar landscape of limestone which was described in 1649 by one of Oliver Cromwell’s men as: “No tree to hang a man, no water deep enough to drown him and no soil deep enough to bury him”. Today the Burren is noted for its diverse Flora with few parallels elsewhere in Ireland or, indeed, Europe. We continue along the coast road to Black Head, passing the quaint coastal villages of Ballyvaughan and Kinvara before joining the main road to Galway.

At the end of the day the coach will set you down at Eyre Square in the centre of Galway City adjacent to your hotel (and the railway station). You will be directed to your hotel by your host and your evening is free in Galway.

Depart Galway and enjoy our tour of Connemara towards the village of Moycullen. From Moycullen the road rises and falls towards the lovely village of Oughterard on the shores of Lough Corrib, traditionally regarded as Ireland’s premier angling centre. Now the gateway to Connemara opens, and the breathtaking colours of this unspoilt countryside are revealed in all their natural splendour. At Maam Cross, the Connemara "crossroads", there is a replica of the cottage used in the 1950s John Wayne and Maureen O'Hara film "The Quiet Man", which was filmed here. From Maam Cross our tour heads out to Leenane, Kylemore Abbey and Letterfrack, in the shadow of purple mountains rolling down to blue and green rocky valleys, reflecting the rich and varied colours of Connemara. There is a lunch break at Kylemore Abbey and Gardens, an 18th century castle now owned by the Benedictine nuns who run an excellent pottery, gift shop and restaurant here. Letterfrack is one of Ireland’s major national parks. The colourful town of Clifden has been one of Ireland's leading holiday resorts for generations. It is an excellent touring centre beloved by the walker, the biker, the hiker or the fisherman. It was here too, at Derrygimlagh Bog, near Clifden that aviation history was made when Alcock and Brown crash landed after their historic transatlantic flight in 1919.

Our tour of Connemara heads homewards towards Galway City now, along the shores of Galway bay, through the Gaeltacht villages of Inverin and Spiddal and looking out across the blue waters of the Atlantic at the unique lime-stone of the Burren and the hills of Clare. After your day's touring you will be returned to your Galway hotel.

Depart Galway City for transfer to Inis Mór, the largest of the three Aran Islands. Irish is the spoken language on the Aran Islands, although the locals will be more than happy to speak to you in English. For many, the highlight of the tour is the formidable pre-Christian fort of Dún Aonghusa, with spectacular sea-cliffs on the western side and unspoilt views of the Atlantic Ocean. Transfer times may vary seasonly.

Upon arriving at Galway Station please present your Railtours Ireland ticket and travel pack at the ticket barrier and you will be directed to your reserved seats on the train, where your host will be waiting for you.

Depending on your day of departure tours on Day 4 and Day 5 may be reversed.

“The best part of our trip to Ireland!” Feb 2018 by LannieBug