Co. Wicklow - "The Garden of Ireland"

The Glendalough Valley, located in the Wicklow mountains National Park, has numerous attractions which attract thousands of visitors year-round, from its world-famous early Christian monastic settlement with its round tower to its scenic lakes and valleys. There are also walks and hiking trails in the area, including the famous Wicklow Way.

Located at Glendalough is one of the most important monastic sites in the country. The early Christian settlement, founded by St. Kevin in the sixth century, eventually became a Monastic City, with a round tower that stands 30m tall. The city includes a number of remains and the main monastic buildings lie downstream near the round tower.

Glendalough attracts tens of thousands of visitors each year, from locals to tourists from all over the world. What with its ancient monastic city of major historical significance and its beautiful surroundings, Glendalough certainly boasts a whole host of activities and includes something for everyone in the family.

The story behind Avoca Handweaver’s Mill began in 1723 and a lot has happened since. Much has changed – but weaving continues to take place in the same little mill where it all started. In 1723, a co-operative weaving mill was set up along the bank of the Avoca River in Co. Wicklow. It was here that local farmers could grind their corn, and spin and weave their wool for clothing for the local miners.

By the end of the eighteenth century, the valley of Avoca was a busy and vibrant community mining copper, zinc, lead and, indeed, gold. The mill was the centre of the village as it provided clothing for local families and enabled farmers to grind corn to feed the miners.

Avoca village is situated along the Avoca River, which starts as two rivers – the Avonmore (Irish: Abhainn Mhór, meaning "Big River") and the Avonbeg (Irish: Abhainn Bheag, meaning "Small River"). The two rivers meet and join together in a spot known as the Meeting of the Waters in the Vale of Avoca.

In 1990, Avoca Handweavers began their journey into Food Innovation and today there are 14 locations across the country, selling first-class food and products in some of the most beautiful locations throughout the country.

See our selection of tours that take in Glendalough, Wicklow and the original Avoca Handweaver's Mill. 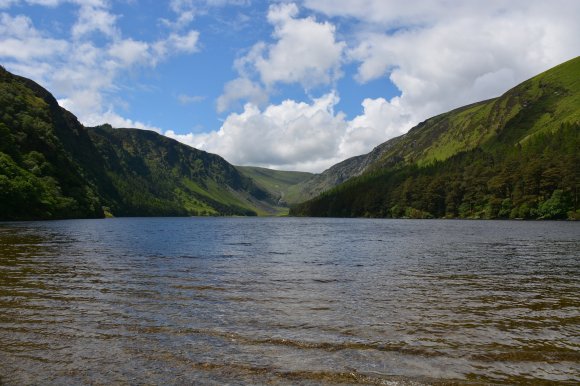