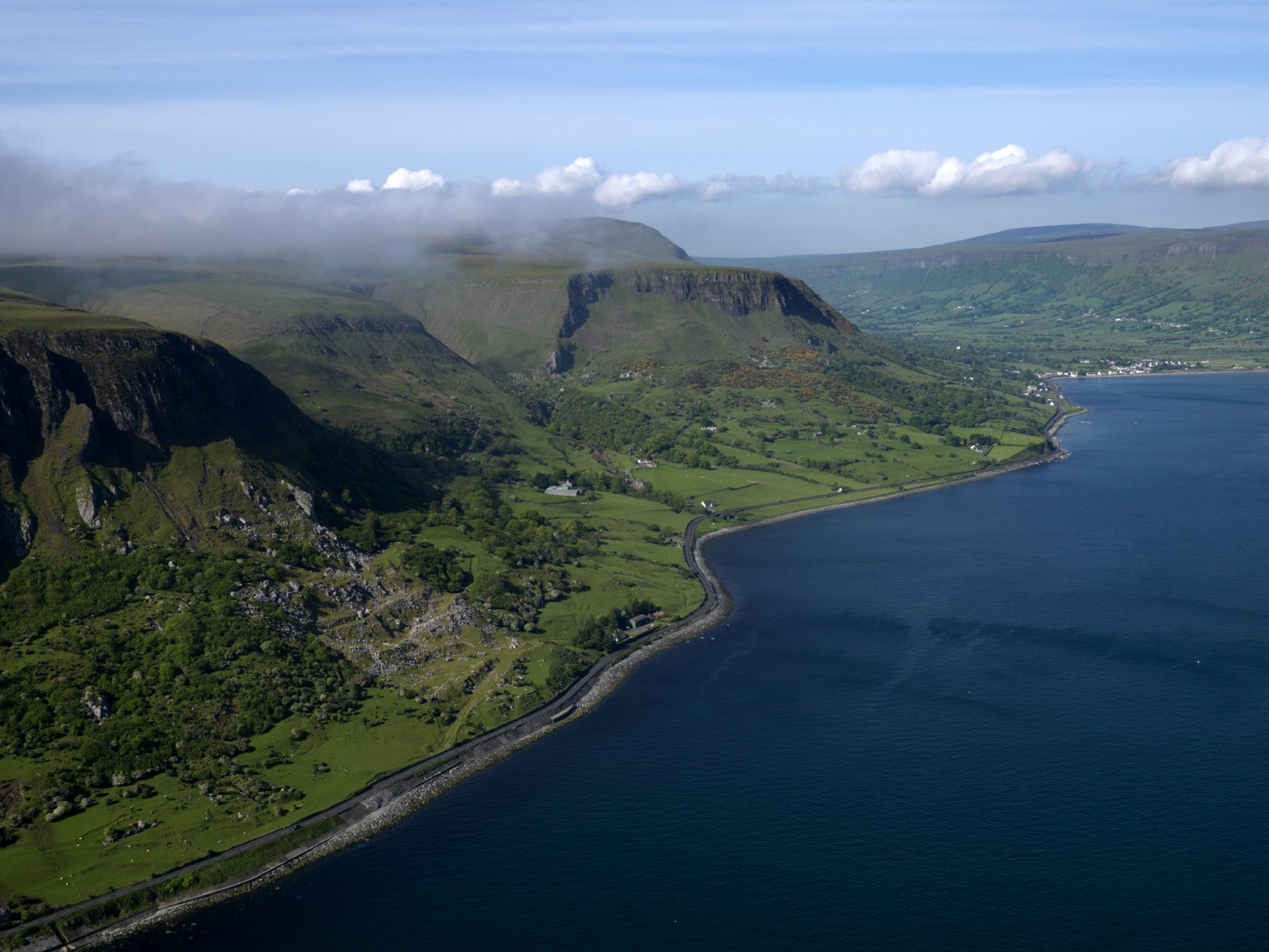 A glen is another word for a valley. The Glens of Antrim, or more commonly, the Glens, is a region in County Antrim known for its nine glens along the Antrim coastline.
Home
All Tours

Giants or Science? The question faced by those who visit the Giant’s Causeway on the North Antrim coastline.

The story goes that the Irish giant, Fionn MacCumhaill (Finn McCool), was challenged to a fight by the Scottish giant, Benandonner. Fionn, a hunter-gatherer and warrior of the Fianna, accepted the challenge and built the causeway across the North Channel so that the two could meet mid-way and battle it out. That is the myth. The science, however, tells us something different!

Some fifty to sixty million years ago volcanic activity in the region created these hexagonal columns on the Antrim coast. There are over 40,000 interlocking basalt columns making up the Giant’s Causeway, the highest of which stand at 12m (39 feet) in height. The Giant’s Causeway is the number one tourist attraction in Ireland, and it has been called the eighth wonder of the world by many a traveller! In 1986, this naturally wonderous area was awarded the status of a UNESCO world heritage site due to its unusual and mind-boggling rock formation.

Whatever you choose to believe, there is no denying the fact that the Giant’s Causeway is a unique location, with beautiful scenery and a fascinating backstory!

Bushmills, the oldest licensed whiskey distillery in the world, was granted a license to distil in 1608 and continues to make world-class whiskey, popular throughout the world. Bushmills was named after the mills that made the barley and the River Bush, which remains the water source to cut the whiskey to proof today.

In the 1850s, the Crown imposed a tax on those in the distillery business in Ireland by way of a tax on barley. Even at this stage, malted barley was known worldwide to make the finest whiskey, known as “pure malt” whiskey. When nothing but malted barley is used in distillation, and made at a single distillery, you have the very definition of “single malt” whiskey. The tax, however, forever changed Irish whiskey, as the majority of Irish whiskey distilleries started to substitute corn or other inferior grains for barley. Today, the biggest and most infamous Irish blended whiskeys use only corn, and all as a result of this tax. Not Bushmills, however. Bushmills continues to distil malted barley and it is the sole Irish distillery still using malted barley in each of its whiskeys.

By the 1950s and 1960s Bushmills had become famous throughout the world and exports skyrocketed, with the Bushmills brand appearing in classic films and advertising campaigns. Bushmills Distillery set their sights on creating the most complex whiskeys to date and between 1983 and 2001 they launched three single malt whiskeys – aged 10 years, 16 years, and 21 years. Regularly, these three Bushmills single malt whiskeys are the most awarded whiskeys of any type (bourbon, scotch or Irish).

The Carrick-a-Rede Rope Bridge was first erected by salmon fishermen in 1755. Atlantic salmon had been fished at Carrick-a-Rede and Larrybane since 1620, but it was not until 1755 that there was a rope bridge between the mainland and the island. This bridge reduced the reliance on boats needed to reach the island and naturally made fishermen’s lives somewhat easier.

Throughout the nineteenth century, more than 80 fishers were working in the small parish of Ballintoy and catches of up to 300 salmon a day were common up until as late as the second half of the twentieth century, the 1960s. However, due to a number of factors, river pollution among them, the salmon population went into decline and the years of salmon fishing are now but a memory.

You yourself can cross the bridge, which hangs, suspended some 30 meters in the air. Visitors from all over the world flock to the Carrick-a-Rede Rope Bridge to try the rope bridge challenge for themselves. Are you brave enough to cross the bridge?

Check out our tours that visit the Giant’s Causeway, the Carrick-a-Rede Rope Bridge and the Bushmill’s Whickey Distillery. 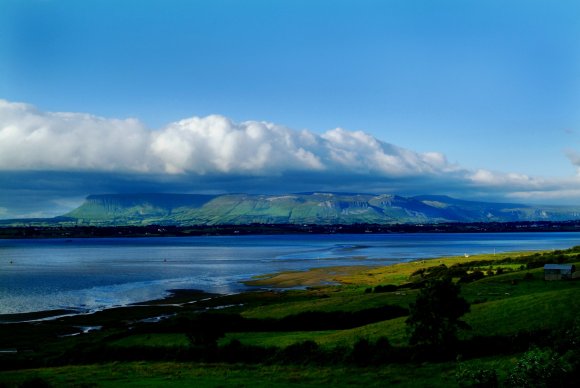