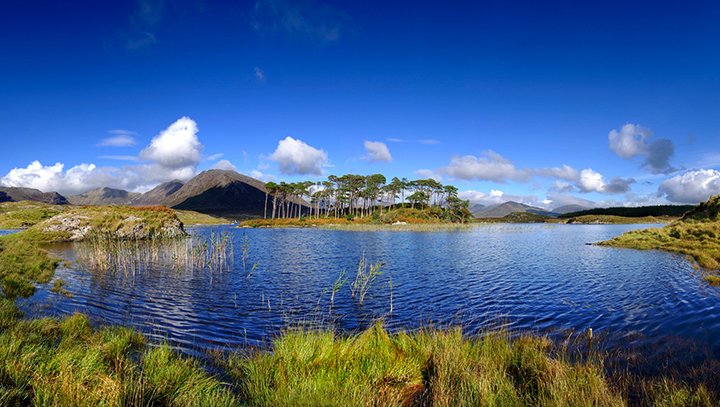 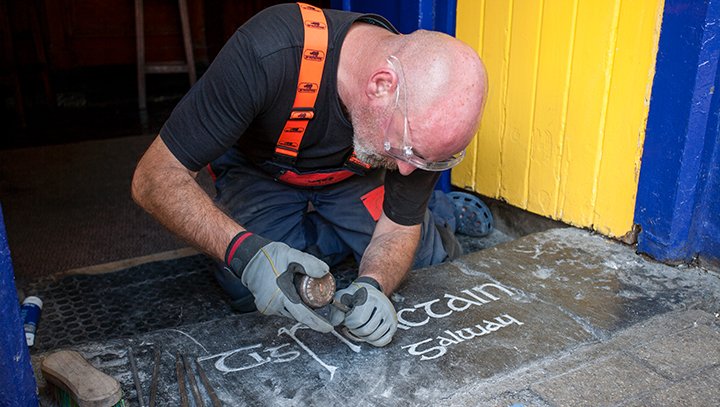 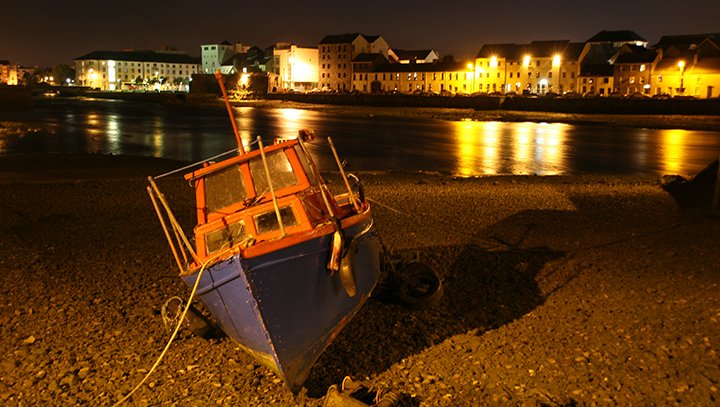 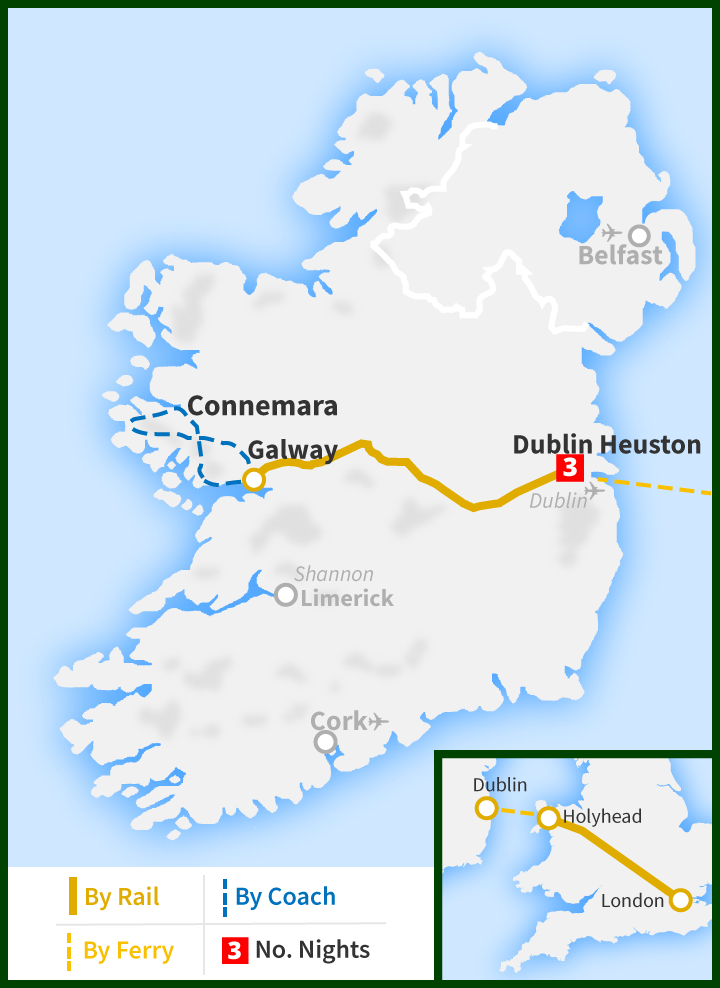 Check-in London Euston Station at the Network Rail Mobility Assistance Reception for 09:10 departure of your Train direct to Holyhead. You will be met by your Railtours Ireland host and escorted into your reserved seats. Your train, complete with snack car / bar will speed through the heart of England and along the North Wales coast to reach Holyhead in just 3 hours and 40 minutes. Holyhead rail station is also the cruise ferry terminal so after a short bus transfer to the berth you walk onto the ship – The Irish Ferries ‘Ulysses’ to Dublin, ship weighing 55,000 tonnes. Enjoy an invigorating 3 hours and 15 minute voyage across the Irish Sea to Dublin. Facilities on board ship include a range of restaurants and bars, a 2-screen cinema and a traditional promenade deck, from where you can enjoy the fresh sea air.
Arrive into Dublin 17:25pm where you will be welcomed by your Railtours Ireland host and transferred to your 3*/4* standard hotel in Dublin City Centre for a 3-night stay.

The popular tour, the Hop-On Hop-Off Tour, is offered with both live and multilingual commentary. All drivers are Failte Ireland approved, which means not only are they great story tellers, they're also brimming with information and history of Dublin's past, and will have you laughing all the way around the tour route too.

Check-in for 07:00 departure from Dublin Heuston, opened in 1844 as the headquarters of the Great Southern & Western Railway and is now the official principal station of Iarnród Éireann, Ireland’s national railway company. As your train departs, we travel in a south westerly direction, through Dublin's western suburbs and then through the lush fertile countryside of Co. Kildare. Our journey takes us through the Curragh which is famous for its racecourse, home of the Irish Derby, and there are many stud farms in the vicinity. Your route takes you into the midlands and the Bog of Allen, vast tracts of peat-land. Before then we pass through the County Town of Tullamore and then to Clara across the gentle farmlands of north Offaly. The train crosses the Shannon marks the historic border between the province of Leinster and Connacht –the historic province of the West of Ireland. You are now heading due west, surrounded by peat bog on both sides of the line. On the last few kilometres before Galway, you will get your first glimpse of Galway Bay.

10:05 Arrive in Galway and our conducted tour of Connemara leaves Galway to the village of Moycullen. From Moycullen the road rises and falls towards the lovely village of Oughterard on the shores of Lough Corrib, traditionally regarded as Ireland’s premier angling centre. Now the gateway to Connemara opens, and the breathtaking colours of this unspoilt countryside are revealed in all their natural splendour. At Maam Cross, the Connemara "crossroads", there is a replica of the cottage used in the 1950's John Wayne and Maureen O'Hara film "The Quiet Man", which was filmed here.From Maam Cross our tour heads out to Leenane, Kylemore Abbey and Letterfrack, in the shadow of purple mountains rolling down to blue and green rocky valleys, reflecting the rich and varied colours of Connemara. There is a lunch break at Kylemore Abbey and Gardens, an 18th century castle now owned by the Benedictine nuns who run an excellent pottery, gift shop and restaurant here. Letterfrack is one of Ireland’s major national parks. The colourful town of Clifden has been one of Irelands leading holiday resorts for generations. It is an excellent touring centre beloved by the walker, the biker, the hiker or the fisherman. It was here too, at Derrygimlagh Bog, near Clifden that aviation history was made when Alcock and Brown crash landed after their historic transatlantic flight in 1919.

Our tour of Connemara heads homewards towards Galway City now, along the shores of Galway bay, through the Gaeltacht villages of Inverin and Spiddal and looking out across the blue waters of the Atlantic at the unique lime-stone of the Burren and the hills of Clare. After your day's touring you will be returned to Galway Station. Upon arriving at Galway Station please present your Railtours Ireland ticket and travel pack at the ticket barrier and you will be directed to your reserved seats on the train, where you host will be waiting for you.

Railtours Ireland Host will transfer you to the Dublin Ferry Port